Tom Whitehead has worked as a bandleader, composer, arranger and producer of both live and recorded music for over twenty years. His variety of performing experience, skill on different instruments and many years of teaching give him a unique combination of skills to apply in the studio.

If you are interested in talking with Tom about your next project, please use the contact tab below.

Brad Strause – Close to the Bone 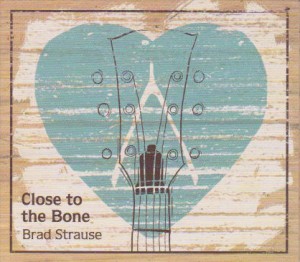 Tom first met Brad when he was playing rhythm guitar in the Cajun band “Douce!” that was front-lined by Michael Doucet’s son Mathew. Several years later Tom played piano and accordion in Brad’s own band – Strause and Company. Brad is an excellent song writer and at one point he handed Tom a disc of songs and said something like, “Here, can you do something with these?” Tom listened to the songs over and over again – loving the poetry, pathos and just damn fine songwriting. He recruited the best musicians he could find that he felt fit the style of the music and working closely with engineer Justin Maxwell, built the mixes up slowly over a year. They were excited to have the pleasure of working with Michael Doucet of BeauSoleil on one of the tracks; Joe Walsh of the Gibson Brothers played on many as did Erica Brown, Devon Collella, Jon Cooper, Joe Anderson and Matt Shipman. Purchase this CD at CD Baby and other online locations.

Tom has long been fascinated by the music of New Orleans, especially that of Professor Longhair and other pianists like James Booker, Dr. John, Henry Butler and others. His love of this music had a big influence on this recording. The goal was to write original music that left plenty of room for improvisation, but that was based on the great variety of danceable beats and grooves of the Crescent City. The musicians on this recording had all worked together for 10+ years and the level of fun, close inter-play and high energy playing is evident in the sound. 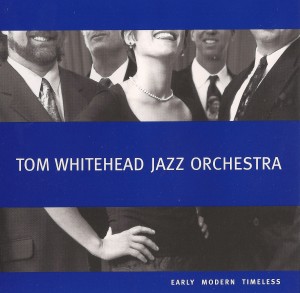 This project started when the Jennifer was taking piano lessons with Tom and asked him at the end of one lesson whether he would mind accompanying her on a couple tunes she wanted to sing. What he heard next just about turned his head upside down!

A talent like Jennifer’s is rare, and six months later this group came together and played for weddings, parties and events in the Bay Area. For the recording session, Tom and Jennifer roughed out the keys and feel of the tunes and then turned them over to trumpeter/arranger Michael Moore. Michael and Tom then put the finishing touches on the arrangements before going into the studio. These tracks were recorded live to two-track, and the group probably only did three takes per song. The quality of these recordings is a big tribute to the high level of musicianship and cohesiveness of the group, and also to Tom’s leadership. 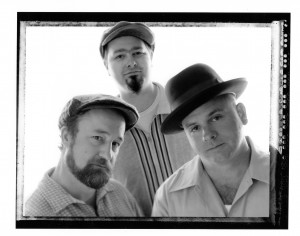 This group features Tom Whitehead on piano, Joe Kyle Jr. on bass and Eric Garland on drums. They had worked together in various combos for several years previous when the opportunity to work as a trio, three nights a week in the same club came about. They continued this line up virtually undisturbed for two years. This recording was made towards the end of this time and made an effort to capture the close connection and playfulness that had developed within the group during their many nights working together. The recording includes some of Tom’s original tunes and arrangements and also arrangements that the trio had developed and refined during their tenure at the club. The music is at once, boisterous, playful, exciting, irreverent and sublime.